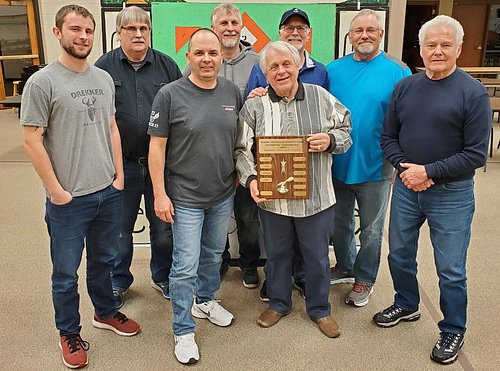 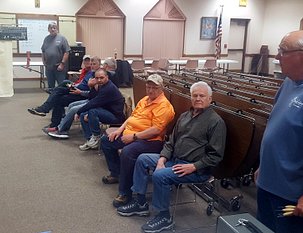 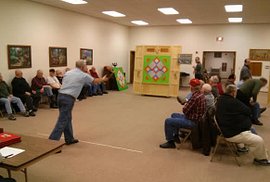 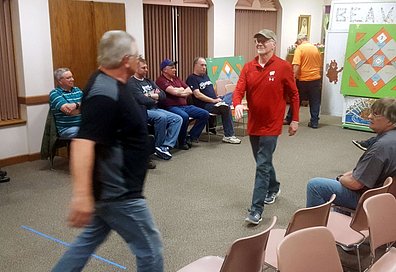 Welcome to the Website of the Wausau Inter-Church Dartball League!

Here you will find the latest news, Schedules, history of the Wausau Inter-Church Dartball League.

We play Monday Nights in a spirit of sportsmanship and fellowship!

Thanks for visiting and browsing our site.

Want to start a team at your Church?It is very easy to do and very rewarding!

Having a team in the league fosters great fellowship!

Please email us at mtop234@yahoo.com

A BRIEF HISTORY of the Wausau Inter Church Dartball League

According to Ed Erlandson and Windy Holmen, 2 of the founding fathers of the League as we know it today, dartball was introduced by a visitor from Toledo, Ohio in 1928. A league of 6 teams from 4 churches in Wausau, Immanuel Lutheran, English Lutheran, Methodist and Presbyterian churches. Until 1930, they played teams from out of town also. The boards were not uniform, in fact some resembled rifle targets. In 1930 that all changed with the formal founding of our league. There have been several other leagues since 1930 but our league survived them all. There were also some leagues formed in towns in the area, such as Merrill. In 1935 the league blossomed into a group of 19 teams which included some Paper mill teams. Immanuel Lutheran was the first champion in 1935.

The Wausau Inter-Church Dartball League, at one time in 1963 had a peak number of teams of 38. Today we have 13 teams, representing 12 churches of several denominations in the Wausau and Schofield area. The Peace UCC Panthers, founded in 1941, is the oldest continuing team in our league. The league still plays on Monday nights from September through March. We still play with same reason, “friendly competition with Christian fellowship”.

This information was put together originally by Mark Reetz.  Our thanks to him, always.